Last week, InSites Consulting has leveled up its game and exchanged minds, ideas and laughter on our yearly two-day congress and teambuilding, this year in sunny Barcelona. On day one, we all gathered right next to the busy Ramblas at the beautiful MACBA, for what would turn into an event exceeding all expectations. A very charming chapel was turned into quite the sophisticated playground for this year’s congress. The theme? Level up!

Level up the InSites game by exchanging thoughts and minds

This year’s congress was aimed at thinking about how we could level up our professional and personal games even more. Although sounding serious, this mainly engaged us to dive into a world that closely resembled that of Wreck-it-Ralph (great movie, by the way!), combined with a cocktail of Mario Bros, Tetris and Sonic the Hedgehog. Presentations were fully themed up, including the occasional Ninja tunes blasting through the peaceful venue.
The day was jam-packed with a great variety of speakers and presentations and I never experienced a dull moment. InSites took me on a rollercoaster, considering how I would define myself in 3 adjectives (can you?), learning that the knot in my stomach when facing something new is a good thing and generally encouraging me to walk away from my comfort zone (mind you, these insights were brought to us by three young and inspiring TedXBarcelona speakers, the keynote speakers of the day!).
My colleagues presented amazing cases, ranging from bra trivia over goose bump science and the challenges in understanding Gen Y to the next level in surveys (by the way, did you know the heaviest bra weighs up to 9 kg?!). I witnessed full-on quant vs. qual battles, learned how to characterize each InSiter by his or her walk and talk and was shown the importance of receiving a really good cake for all the hard work. 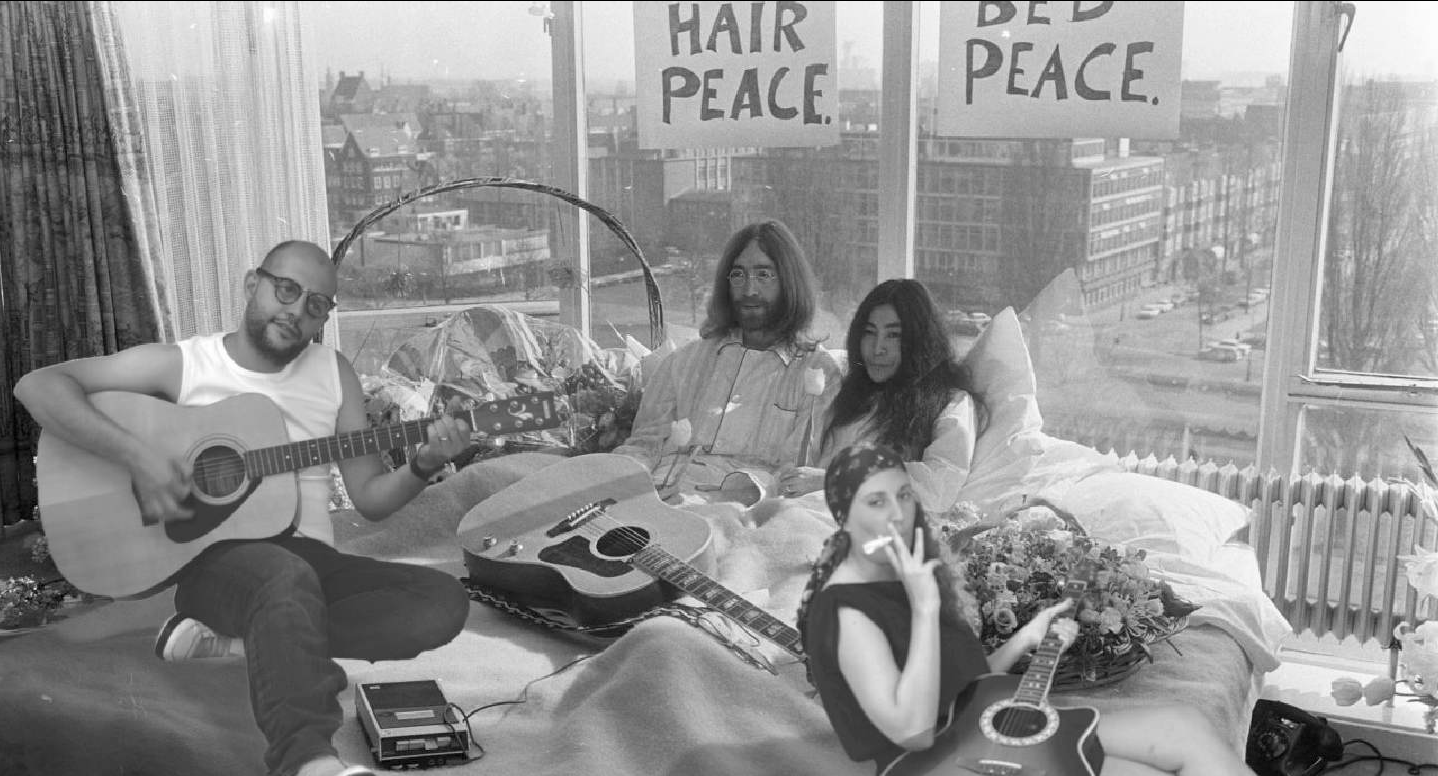 But mostly, my impression of this amazing group of people is that they are all simply rock stars. The theme song for this event (catchy tune!) showed colleagues jamming in bed with Joko Ono and John Lennon. And who knew that InSites does not have 1 but 2 guys leveling up their game with the charming Robin Thicke?
We, the audience, had the opportunity to participate with like/fail signs, voting for the best idea and playing several games in the arcades during the breaks. Accompanied by yummy tapas and a tasty glass of cava, we mingled and enjoyed our time in Barcelona. People also tweeted, posted messages on social media and continued the conversation online.
Now, I may just be a toad, but instead of being totally intimidated by the high quality of presentations, the InSiters gave me the feeling that I could do it too. All levels of seniority were on stage and each and every single one of them had such an inspiring story to tell! By the end of the day, I was filled with such pride to be a part of this young-minded, talented and energetic group of people, who are really having an impact on brands worldwide and are pretty much just making market research a little sexier.

Let’s play the level up! game

After a nice dinner and party with a lot of neon outfits, we all woke up early Friday morning for a battle between 20 InSites teams. After the team captains received a briefing and everyone had breakfast to soak up some energy, the teambuilding could kick off.

It was a tough race through Barcelona, where we had to go from one place to another (on foot, by bus or metro or by Riksjah :)) while carrying out assignments, from looking for a man with a moustache over playing Twister in Park Güell to getting interviewed by national television and being buried in the sand. All of this had to be captured on camera and posted on our Teambuilding Facebook page, so that we could keep on winning credits and lead ourselves to the top.
But it would not be a battle without some extra competition. We had to stay aware all the time that any other team could capture our team on camera; we’d be losing credits! Not to mention that there some teams had to look out for a mole who infiltrated their group as well. So for one day, a lot of the InSiters were ‘the enemy’, which resulted in a lot of running and hiding but more importantly: a lot of fun.
All the teams started a real war to earn as many credits as possible and were aiming at

arriving on time at the secret end location. Tips were revealed during the game and at 3pm, most of the teams discovered the end location Café Sal (at the beach of course), where drinks and tapas were served and everyone could share their adventures with the others. And then the moment had finally arrived: the final scores. The unbeatable ‘El Puño and the Gang’ won with more than 500,000 credits, resulting in a proud team leader and an official ceremony with presents and rounds of applause for all participating teams. In the end, it was a nice day where we had the opportunity to get to know each other better, to level up our team skills and to have a lot of fun all together; that’s exactly what it was all about.
What will the next level bring? I foresee InSites Consulting continuing to break the boundaries of market research worldwide, redefining the industry from within and continuing their positive energy. And my goodness, they have set the bar very high for next year! Everybody ready for level 6??
Some pictures of these awesome two days can be found here.