End of 2016 we officially kicked off the Change League Community, a network of like-minded people, embracing change together. This initiative, organized by several attendees of the BNP Paribas Fortis Change League trip to Silicon Valley in 2015, has the ambition to bring together like-minded business people who want to get to the future first and embrace change as an opportunity rather than a threat. They live by a pay it forward principle, openly and actively sharing best and worst practices with peers.

Ultimately, the Change League Community wants to create a Silicon Valley-like ecosystem, tuned in to the unique characteristics of Europe and providing the conditions for sustainable and future-proof businesses. Today, more than 60 forward-thinking CEOs decided to join this unique peer-to-peer learning initiative and this will further expand over the next 6 months. 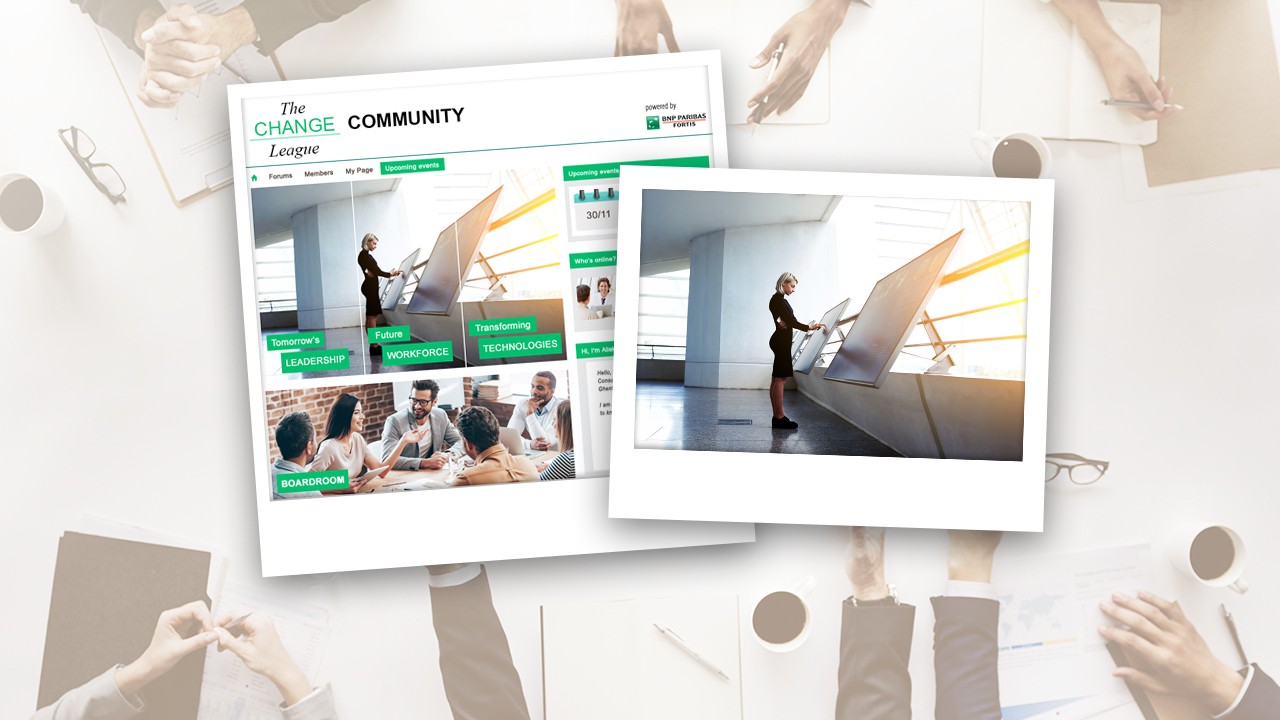 Our community’s formal kick-off was an offline event, hosted at BNP Paribas Fortis, with inspiring presentations from Peter Hinssen, Tijn van Elderen (CEO Brabantia) and a visit to the unique Wave exhibition on the 5 currents of collective ingenuity. Kristof De Wulf, CEO at InSites Consulting opened the afternoon with a short explanation of the why behind the initiative as well as some more details on the different formats in which the community will operate. Next, the floor was passed to Peter Hinssen, who co-hosted the Silicon Valley tour in 2015.

The day after tomorrow

Peter started his story with the famous opening quote from A Tale of Two Cities by Charles Dickens, to illustrate the world we are living in today: “It was the best of times, it was the worst of times”. He talked extensively about the ideal moment to start thinking about the ideas that might revolutionize the way you do business today. To him, that is not when your business is in decline and not even when it’s at its peak. The ultimate moment when you need to start thinking about the next big move is when your business is doing really well. Unfortunately, most of us are then too focused on today: the mails we get, the meetings in our agenda and the proposals that have to be sent out by the end of the day. And of course this deserves the attention as it pays the bills, but he shared his vision on how we should not neglect thinking about tomorrow and even the day after tomorrow.

Tweetaway: How to not neglect thinking about tomorrow even in the shit of yesterday http://insit.es/2krXelS by @hinssen via @InSites #ChangeLeague

Peter shared a really simple model on how we can create value by already spending time today on the day after tomorrow. And of course this model makes sense in theory, but reality also proves to us that there is also something called SOY: the shit of yesterday. Making the right choices when deciding how to spend your time on each of these 4 areas will determine whether we are truly apt for the day after tomorrow. As he closed his talk with the full first sentence of the Charles Dickens novel “It was the best of times, it was the worst of times, it was the age of wisdom, it was the age of foolishness, it was the epoch of belief, it was the epoch of incredulity”, we already had much to talk about during the visit of the wave exhibition.

The 5 currents of collective ingenuity

As a break between the different speakers, we visited the Wave exhibition currently held at the BNP Paribas Fortis offices in Brussels. The exhibition, already having been presented in Dakar, Mumbai, Istanbul, San Francisco and Berlin, invites visitors to discover collective and frugal innovation. It explores 5 currents of collective ingenuity. This phenomenon is described as the capacity individuals have for finding simple and effective solutions, together, for doing more with less. The 5 currents are:

The emotionality of the waste bin

The closing speaker was Tijn van Elderen, CEO of Brabantia, the home appliance company founded by his great-grandfather in 1919. Tijn shared the story of how he has altered the company’s course . After the worldwide economic crisis of 2008, Brabantia was hit hard. While in their record year 2007 they had a turnover of €119 million, this decreased to €90 million in 2012.

Tijn’s leadership got Brabantia through that tough period. They reinvented themselves and how they add value to consumers. By realizing they often charged for features that consumers really didn’t care that much about, by needing to do more with less, Brabantia critically looked into their production processes and made some serious changes. Obviously without compromising on quality, one of their core values.

Known and renowned for its solid products, Brabantia today more than ever embraces beauty. Their products fit within modern homes and express today’s reality more than ever. The company has gradually evolved from being very much focused on production and internationalization to one that keeps a pivotal role to the brand and the consumer. 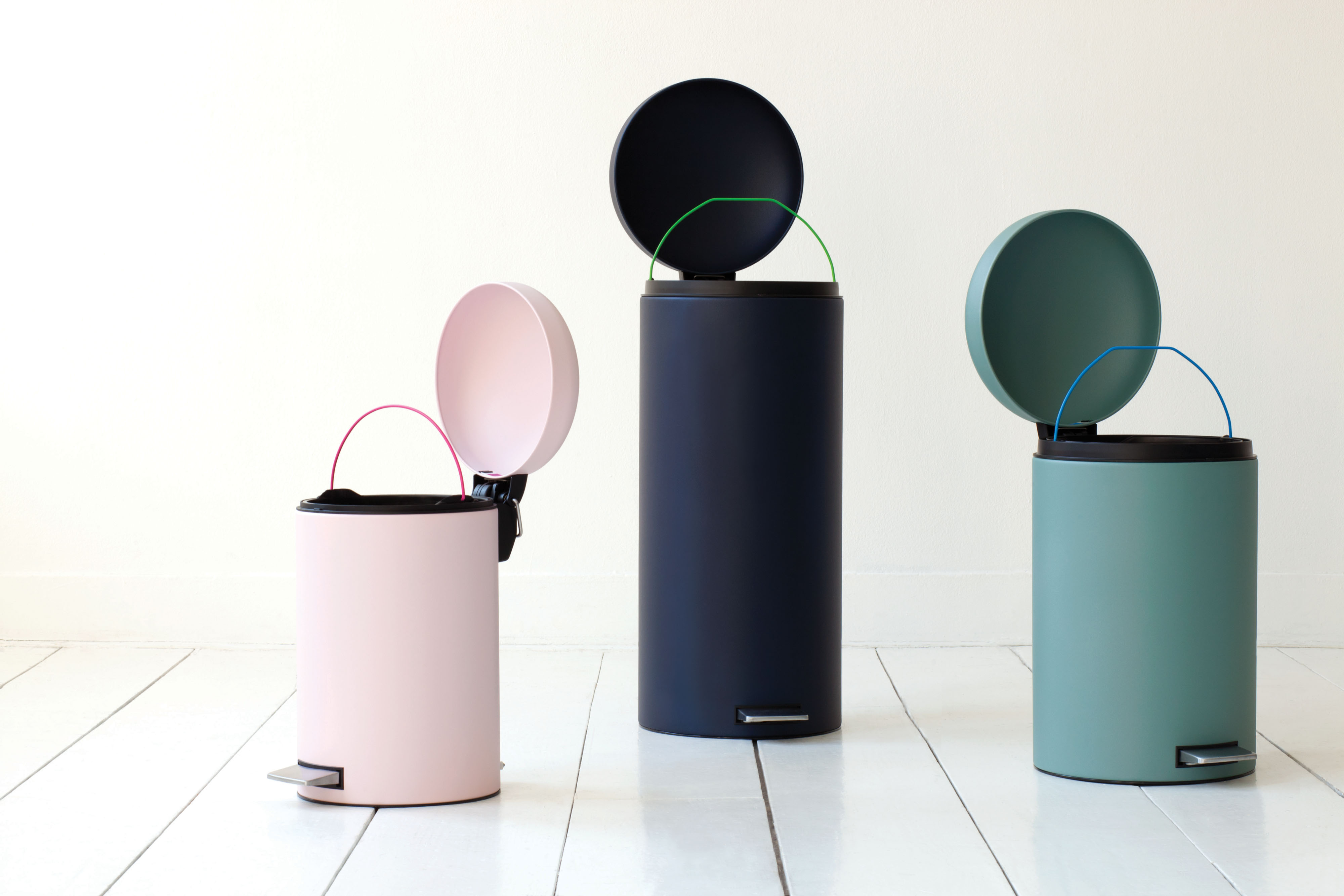 The evening was an exciting and promising start for the collaboration by these forward-thinking CEOs. If you’re interested to find out more about the Change League Community, just drop me an e-mail. Or sign up for the Change League Battle and grab your chance to win an inspiring trip to the heart of Silicon Valley with BNP Paribas Fortis.

As a digital-first agency we have been adopting habits and building best-in-class systems to offer 24/7 support to businesses across the globe since our inauguration at the end of the ‘90s. But these days, it is good to make the implicit explicit, to ensure our research participants, our partners, our clients and our stakeholders that we remain 100% operational.

What is trending in marketing, branding and culture, and what can brands learn from it? This question gathered a record number of brand managers, communication specialists and marketing professionals at the UBA Trends Day on Thursday, March 18.

Today, consumers function as a brand’s amplifiers, which is why brands should actively invest in creating contagious content. Or as Jonah Berger puts it, conversation content should be STEPPS, a six-letter acronym for more persuasive marketing.