The untapped potential of imperfection

As published on Switch & Shift on November 17, 2015. The Greek philosopher Empedocles stated the idea that perfection cannot exist without imperfection. The paradox of perfection boils down to the notion that, in order for something to be perfect, it should hold the potential to become better in the future, and as such be imperfect at the same time.
Tesla is a good example. Their Model S P85D recently scored 103 out of 100 in Consumer Reports’ Ratings system; the publication’s highest score ever given to a vehicle. Quite perfect, right? But there is more. It is also the only car in the world that improves over time with Tesla’s free, over-the-air software updates adding new functionalities, boosting performance and improving the user experience. It is a perfect car in a permanently imperfect condition.
At the end of last year, my fellow partner Joeri Van den Bergh already predicted Perfectly Imperfect and Failosophy as consumer trends for 2015. And indeed we see that striving for perfection is gradually making room for celebrating imperfection, with Domino’s offering imperfectly shaped artisan pizzas, and with #uglyselfies on the rise. More than ever, with accelerated change around us, reaching a state of perfection is utopian, drives perfection fatigue and triggers adverse effects. Those who chase the illusionary dream of perfection often find themselves in a burn-out condition, putting too much strain on themselves. Others end up in a bore-out condition as the perfect state they find themselves in is simply too dull. Here are some thoughts that could help you deal with your paradox of perfection.

There is no need to choose between imperfection and competence. Perfection does not exist in the ranks of humanity. Humans primarily wish to deal with other humans, not flawless machines or robots. The underlying driver is that we relate more easily to others when we detect we share the same flaws. It is one of the reasons, for example, why we tend to look for contradictions and shortcomings in a movie’s characters.
Take the homicide detective Columbo from the eponymous television series: despite his unassuming appearance and apparent absentmindedness, he shrewdly solves all of his cases and secures all evidence needed for a conviction. So stay your authentic self, just be the collection of choices you have to make every day and do not waste time trying to be someone else.

Do the right thing

Instead of getting too caught up in doing things right, spend more time thinking about what is the right thing to do. Or, in the words Voltaire borrowed from an Italian saying: “Don’t let the perfect be the enemy of the good (Il meglio è l’inimico del bene).”
More than ever, people expect leaders and brands to chase something bigger than themselves, which they can personally identify with. To those people, the element of doing the right thing is far more important than doing things right. After all, what may seem imperfect at the start may well lead to an enhanced state of perfection at a later stage. Getting too involved in doing things right could easily get you into a fixed and narrow mindset. While ‘the perfect’ think they have the knowledge, ‘the imperfect’ seek the knowledge by leading with questions, not answers.

Innovation never comes from a perfect place, but is rooted in seeking and improving imperfections. Every imperfection hides an opportunity to seize. A great example is a startup company called Imperfect. They offer an online service that delivers imperfect fruits and vegetables at people’s doorsteps. Not only do they contribute positively to the global food waste challenge, the price consumers pay is about half the normal retail price and the company’s produce is often fresher than grocery shops’ fruits and vegetables.

Or take M&M’s; while its mother company Mars could easily produce the perfectly shaped M&M’s peanut chocolate candies all having the same size and shape, it deliberately chooses not to do so. The different sizes, shapes and colors make the product more interesting and natural to consumers.
While some managers only want to work with high potential employees, unique value may reside in the quiet, somewhat shy employee hidden away in a corner of your office. Next time you see others reject something, think about how that imperfection might actually bring real and new value into the world.

We all know we learn more from failure than from success. Smart people embrace vulnerability as the new strength, turning failure into something culturally acceptable and even admirable.Nevertheless, admitting mistakes is tough and sorry still seems to be the hardest word since Elton John put out his song in 1976. Embracing the Japanese wabi-sabi world view that everything is imperfect, impermanent and incomplete is an essential first step to build a failosophy culture.
But it is not sufficient. Failing faster and quickly getting back on your feet are at least equally important in today’s volatile environment. In addition to prototyping, Google uses pretotyping, i.e. faking it before actually making it. Silicon Valley start-ups launch new products and services in beta, not only tapping into a first-mover advantage but also learning faster and better from real user feedback.
Remember what Mario Andretti said: “If everything seems under control, you’re not going fast enough.” When everything feels perfect, protect yourself from becoming complacent and losing your sense of critical thinking.

Create a context of organized chaos

Just like shadow cannot exist without light, structure cannot exist without chaos. In order to be able to perfect your imperfections, it is essential to create an optimal balance between striving for perfection and deliberately allowing for, or creating cracks in, the system. In the words of Leonard Cohen: “There is a crack in everything. That’s how the light gets in.”
A great example is what Adobe does with its Kickbox. This ‘innovation-in-a-box’ kit empowers anyone at Adobe to contribute to the innovation process. With over 1,000 red boxes being distributed to Adobe employees around the world, it is an organized approach to stimulate creative chaos and accelerate innovation success. Important detail: if an employee screws up, no questions are asked. 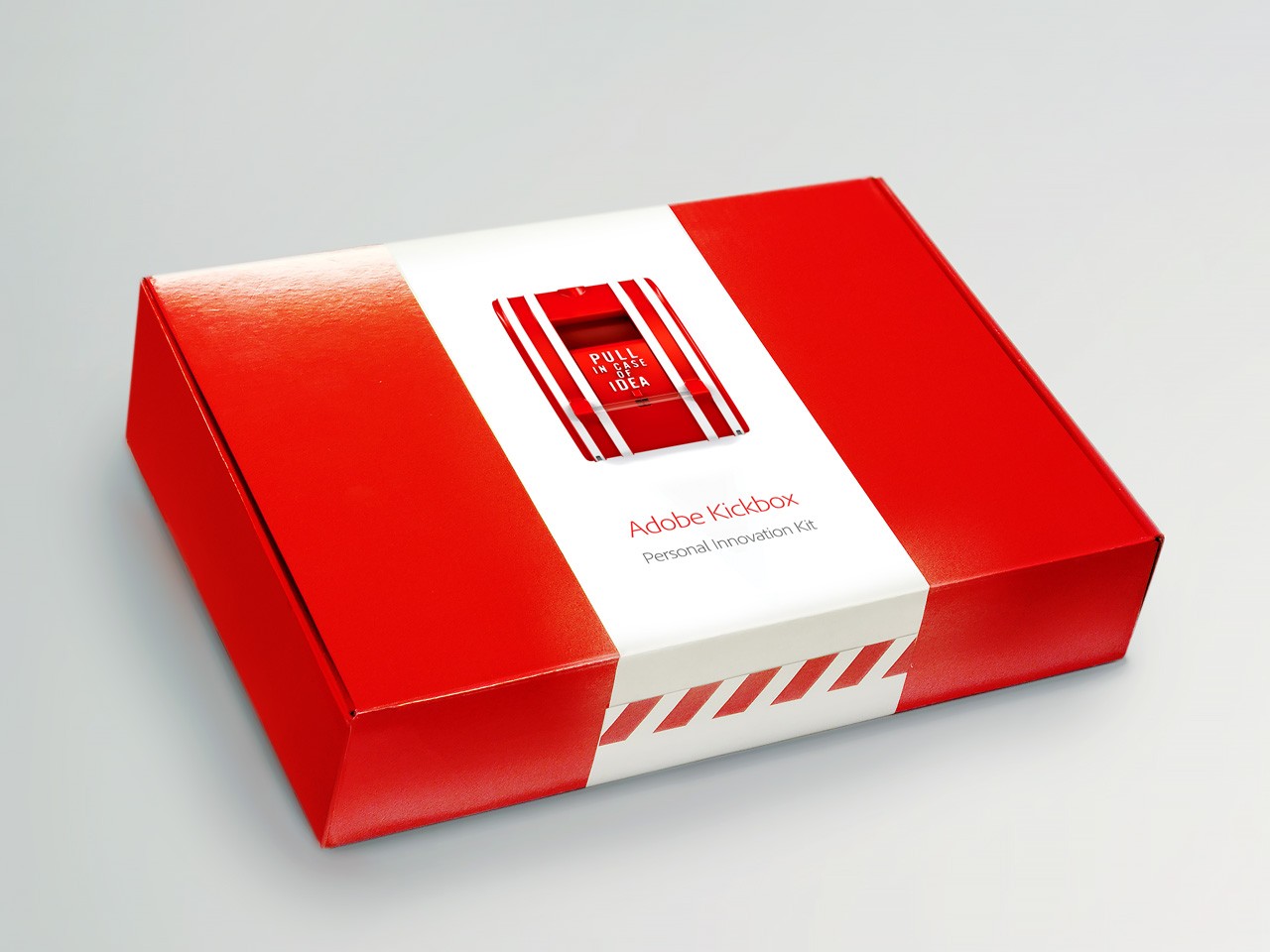 You might have heard about the Pratfall effect before: when people are perceived as cool or good at what they do, a small blunder makes them more likeable. It is important to stress that perceived competence is a necessary condition for the Pratfall effect to occur.
So never mistake imperfect for unprofessional. In this respect, the recent Volkswagen Dieselgate cannot be considered a mere small blunder, but rather blunt unprofessional behavior with the brand deliberately lying to all its car owners, to governments and to society at large. In case you are extremely incompetent, a blunder just reinforces perceptions of incompetence.
Humanity has been striving for perfection for ages, now the time has come to discover the largely untapped potential of imperfection. Good luck in your quest to solve your perfection paradox!