Why Henry Ford was wrong…

As published in MarketingTribune on September 11, 2013. What is the common denominator between Henry Ford, Akio Morita and Steve Jobs? None of them had any faith that consumers are capable of creation. They considered creation to be the exclusive authority of a limited group of strategists, intellectuals and creative minds. Consumers are capable of evaluating the value of what was created for them, but they are incapable of participating in the creation process itself. And they have a point. Consumers often lack the strategic brand content, they struggle to recognize and interpreting their own behavior patterns and they do not all carry a creative gene.
Yet we should stop claiming that consumers are not capable of being creative. Digital technology entailed a phenomenal increase in DIY activities in just about every possible sector. We also have a better understanding of how to deal with the natural ‘limitations’ of consumers by measuring their creative qualities, making them function as ‘crowd’ and/or making them use techniques which boost creativity. Consumers want to, can and will play a deciding role in the creative process by inspiring, creating and co-deciding.

David Ogilvy, godfather of advertising, once said: “The consumer isn’t a moron, she is your wife.” He understood like no other that a ‘big idea’ always starts from the understanding of consumers, from ‘life as it is’. The Belgian advertising agency Famous turned this into action and they started up their ‘Everybody Famous’ community of consumers some 3 years ago. By listening to and talking with the average consumer on a daily basis, they are offering an essential steppingstone for creativity which is relevant, reaches the consumers and increases sales. Another example is Heineken’s co-creation of the ‘Club of the Future’ with 19 young designers all over the world. Each of the designers could first get familiar with the ‘nightlife journey’ by consulting experiences and pictures of some 100 club goers who are design-savvy. 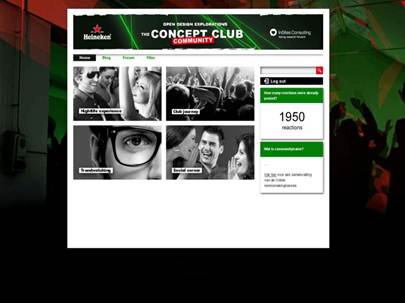 It is normal that consumers inspire brands as basis for creation. But for them to be directly involved in creation is rather the exception. AirFrance and KLM collaborated closely with 50 frequent travelers for coming up with creative solutions to the improvement of the transfer experience at airports. They ended up with more than 450 relevant ideas which finally resulted in 32 useable concepts. Usually we find that ideas introduced by consumers obtain higher scores on perceived relevance than ideas introduced by those responsible for brands or innovation. 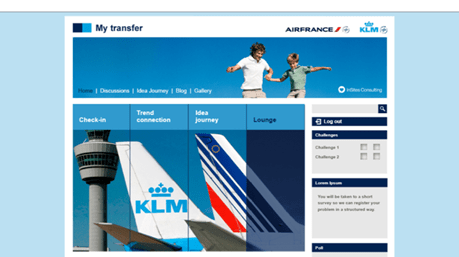 The ultimate step is that consumers also join us at the decision table. Danio is an excellent example. In a pitch by Danone Netherlands on how the brand should position itself strategically in the coming years, the consumers could co-decide which creative agency would win. Based on a mood film developed by each agency, more than 150 consumers started up a dialogue with each other and with Danone Netherlands on which agency understood them best and sent out the most powerful message.

Henry Ford, Akio Morita and Steve Jobs were exceptionally creative minds. But even they got it wrong sometimes. Consider your consumers to be the ultimate complementary partners to make the best creativity surface.
“The consumer is not a moron. He is the other half of creative genius.”

Have you ever consulted Wikipedia? You probably did. But have you ever created or adapted a page on the world’s…

COVID-19 has now been around for much longer than any of us would have hoped or expected. Whilst in China…