As published on Switch & Shift on Monday April 21, 2014. We are all permeated by the wise words of the great strategist Michael Porter: “The essence of strategy is choosing what NOT to do.” This simple but powerful phrase highlights the essential importance of focus as a condition for business success, Porter making a distinction between three generic strategies to drive sustainable competitive advantage: cost leadership, differentiation and market segmentation.

Tweetaway: The essence of strategy is choosing what NOT to do http://bit.ly/1nohG2n via @kristofdewulf #insites #business #mrx

Focus is a Qualifier

Developing a strategic focus has already proven to be a daunting challenge for a lot of companies: competitors are moving in one or the other direction, quarterly results need to be chased, new technological possibilities are emerging. Every single one of these occasions provides a temptation to broaden the focus, exploring new territories and opportunities. There is paramount evidence that stretching value chains results rather in regression towards the mean than in positive leverage effects. Just compare PepsiCo with Coca-Cola: even though PepsiCo’s revenues are higher than Coke’s, it is valued less than Coke, being a more focused company. It is even better to turn strategic focus into compelling purpose, laying the foundations for a BHAG or ‘Big Hairy Audacious Goal’ and inspiring people with a vision that is inherently bigger than a strategic direction.
But make no mistake: being focused is just a necessary, but not a sufficient condition for business prosperity: you are not the only one in your industry taking a focused approach to strategy, competitors can copy your ideas even before you can bring them to the market and market dynamics are so turbulent that new competitors can emerge from any unexpected corner.

Obsession is a Differentiator

What makes the real difference in today’s marketplace is being obsessed about strategy execution, taking an extreme stand about how to bring your strategic focus to life. One of the stories that inspired me in this respect is the one told by Marc Lammers, former coach of the Dutch Olympic women’s hockey team. The focus in any sport is pretty clear: making as many goals as possible and not letting any in at your end. After ending up with a silver medal twice in the Olympic Games, it was an obsessive and smart execution that finally brought Marc’s team to the Golden Olympic medal in Beijing. While 80% of traditional coaching is centered on dealing with constraints, Marc took a radically different approach by dominantly focusing on turning strengths into perfection and not worrying too much about fixing weaknesses. He proved that by focusing on what really matters, you can make a real difference and outpace the competition.
So what does it take to turn strategic focus into obsessive execution?

Tweetaway: What does it take to turn strategic focus into obsessive execution? http://bit.ly/1nohG2n by @kristofdewulf #insites #business #mrx 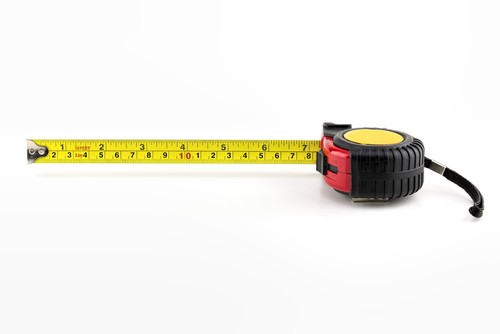 Install business rules and practices that guide daily organizational behavior and reinforce cultural values. In other words, put your money where your mouth is. A great example is Colruyt, one of the leading food retailers in Belgium. Its discounter image clearly shows when you enter its headquarters in Halle (near Brussels). Following its mission statement “efficient shopping at the lowest price”, Colruyt clearly understands it can only live up to that promise through cost leadership. It reduces everything to its bare essence: toilets do not have a lid, reducing cleaning costs; parking spaces are marked with 2 lines instead of 3, reducing costs of paint; the cost of sending an e-mail (based on function, number and profile of recipients; length of the message) is shown to its composer before they hit the send button, helping them to make more efficient usage of available time. The result is impressive: turnover per square meter is twice that of the average supermarket, investments per square meter are half those of the average supermarket. Another example is Buffer. One of their highest values is transparency. Their set of business rules to live up to this value is impressive, with ‘Open Salaries’ as one of the most striking: salaries are calculated via a simple formula and shared with everyone inside and outside the company.

While many of the great business leaders reveal different leadership styles, they are all similar in the sense that they stand for something and act as the living proof of their organizations’ purpose. Richard Branson makes world record-breaking attempts like crossing the Atlantic with a hot air balloon, stressing Virgin’s purpose to break the rules in different industries. The late Steve Jobs may not have had the technical knowledge of his engineers, but did co-develop the very first hardware with Wozniak, therefore having a sharp sense of what is technologically feasible and desirable. At the age of 25, Tony Hsieh was already throwing parties and gatherings in his 810 loft, laying the foundations for serendipity and happiness that would later become so centric to the Zappos culture. Despite having billions in his bank accounts, Sam Walton, founder of Walmart, still drove a pickup truck and wore clothes from his own discount store, exemplifying Walmart’s mission of “saving people money so they can live better“.

3. Move from culture to clan

Ultimately, people are making the difference when it comes to execution, not leaders nor business rules. Cultures turn into clans when customers and employees identify extremely with your purpose, moving from ‘just’ being loyal to becoming addicted. A recent study in the UK highlighted that consumers now spend more time and money on innovation than all consumer product firms combined. The people who were formerly known as consumers have turned into contributors and volunteers, composing a world full of problem solvers who are creating billions of dollars’ worth in value without even being paid for it. Clever organizations can lift upon consumers’ desire, enthusiasm and ability to collaborate with brands if they create the necessary conditions for it.
The modular smartphone concept Phonebloks, created and designed by Dave Hakkens, gathered more than 950,000 supporters via the crowd speaking platform Thunderclap, leading to a social reach of over 380 million people. The ‘Marmarati’ clan challenges users to prove their love for the Marmite brand, allowing them to directly connect and interact with the brand’s management team.
Obsessive execution is hard work. The fable of the lion and the gazelle says it all: Every morning in Africa a gazelle wakes up. It knows it will have to run faster than the fastest lion or it will be killed. Every morning in Africa a lion wakes up. It knows it will have to outrun the slowest gazelle or it will starve to death. It doesn’t matter whether you are a lion or a gazelle. When the sun rises, you’d better start running.
Put on your running shoes and start training obsessively!